In anticipation of Burns Night we have listed lots of lovely tartans and checked fabrics in our online shop. You can browse them here and make a purchase. We will send out your fabric the same day if we receive your order before three o’ clock or the next working day if you are a late night shopper and you can read all about Burns Night, its history and the ritual celebrations that surround it here. Here are some of the gorgeous fabrics to tempt you and don’t forget that we have even more in our high street stores at Yeovil and Bridport. We don’t however, sell whisky or Haggis but our Bridport shop is right next to Waitrose so you should’t find it too difficult to get everything you need in one outing. 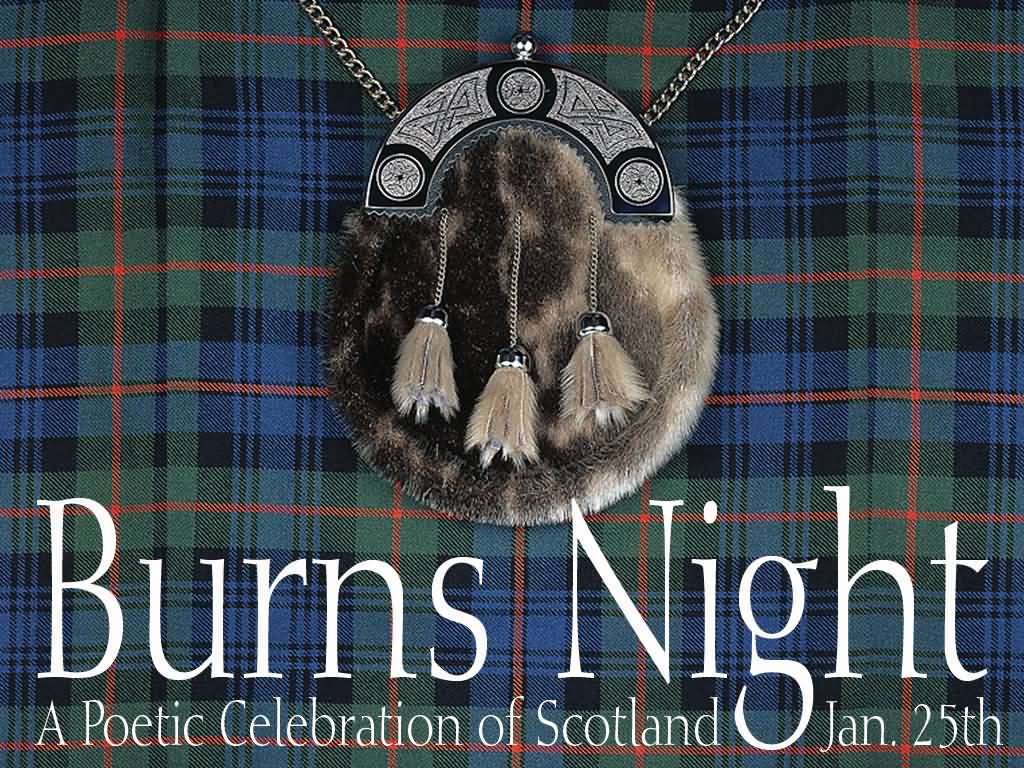 Burns Night is annualy celebrated in Scotland on the 25th of January and celebrates the works of the great poet Robert Burns.  It is also now frequently observed in other parts of the United Kingdom by native Scots and those who appreciate the heritage of Scotland.   Robert Burns was born on January 25th 1759 which is why Burns night is celebrated on this day.  He died in 1796 and his best known work is probably “Auld Lang Syne” which is traditionally sung at midnight on New Years Eve or Hogmanny. He is known in Scotland as “The Bard”

Many families and friends enjoy getting together on Burns Night to share a supper of Haggis, Neeps and Tatties with Whisky as the preferred tipple.  You can find out more about Haggis here.  During the evening poetry written by Robert Burns is recited, sometimes Scottish songs are sung and then the Haggis is traditionally ‘piped in’ by a Bagpipe player in full Scottish dress where it is toasted on arrival at the table.  At Burns night events many men choose to wear kilts and women might wear a shawl, skirt, sash or dress made from their family tartan.  A tartan is a cloth made of wool woven in a distinctive check pattern using different colours across the warp and the weft and clans have their own distinct patterns that have been replicated over centuries, often nowadays in more modern blends of viscose and polyester as well as in wool.

If you are attending a Burns Night event you can choose from the range of bright new tartans at Livingstone Textiles to create a sash or shawl over your evening attire, we don’t have much online but their are lots to choose from in house.  We also stock some colourful tartan ribbons to dress your hair or add interest to a plain dress, pop in to either of our shops to browse our collections.  We also think that it’s a great idea to host a kids Burns Night event where you can get them involved with the reading of poetry and maybe using a recorder to pipe in a haggis that they’ve helped to prepare.  They could make a Scottish flag to hang up or could colour in place settings using some of the words in the poems of Burns.  For more inspiration and ideas for a special childrens event visit https://www.activityvillage.co.uk/burns-night

Are you ready to celebrate Burns Night on 25th January 2018?

We have a fabulous selection of tartan fabrics for you to choose from, in order to help you dress for the occasion. Some of our customers have been busy making their outfits, here is a lovely example of a dress made by one of our regular customers. The black and the tartan fabric along with the trim can all be found here at Livingstone Textiles!

Our Miss H has got all dressed up for Burns night, she’s wearing one of our many checked tartan fabrics.

This beautiful fabric is 148cm/58″ wide and is available to purchase below with out current online stock of tartans.

We have a wide range of tartan fabrics and trims in our stores both in Bridport, Dorset and Yeovil, Somerset.  You can also browse a large selection of fabrics in our online store.

If you would like more information on this fabric or any other fabrics online or in store, please don’t hesitate to contact us and we would be happy to help.

Are you celebrating Burns Night on Friday 25th January 2013?

We have a selection of tartan fabrics which are ideal for making a Scottish themed costume. Also in stock are kilt pins, Celtic style buttons and tartan ribbon ideal for accessorizing your outfit.

It’s burns night tonight and it’s not too late to grab a bit of tartan. A couple of metres of these extra wide woven ribbons can be quickly made into a sash to wear over your outfit and the narrower ones can be used in your hair or around a hat.

The History of Hogmanay

We don’t hear much about Hogmanay in England where our fabric shops are based, particularly the South West because seem to do Christmas on such a massive scale and that strange time between Christmas and New Year becomes a haze where nobody can quite remember which day it is. In Scotland however, things have been somewhat different for many generations of people growing up there and it may surprise you to know that Christmas was not celebrated as a festival until the late 1950’s. Children expected Santa to arrive on New Years Eve alongside family gatherings and parties (or Hogmanay’s) where gifts were exchanged. Hogmanay is a very important festival to the Scots.

The Protestant Reformation had the festival down as a Catholic feast and as such , it had no place within the country and so it was banned. This ban led to ancient traditions already in place, (possibly from invading Vikings and Norsemen that had been a part of Scottish Solstice traditions for a very long time) to be stepped up and celebrated as a winter solstice holiday across the New Year period, leading to some serious partying involving fire amongst other things. In Shetland where there is still a strong Viking influence the feast is known as Yules, passing over from Scandinavia as the festival Yule. The collective ‘Hogmanay’ on New Years Eve involves several traditions and superstitions that include a deep clean of the home, ashes to be removed from the grate before midnight and that the first to pass over the threshold after midnight should be a dark haired stranger carrying a piece of coal for luck. Plus of course obligatory drinking of whisky.

Immediately after midnight it is traditional to sing Robert Burns‘ “Auld Lang Syne”. Burns published his version of this popular song in 1788, but it was in print more than 80 years before. There are several verses

Pop in to Livingstone Textiles and have a look at the fabulous new tartan fabrics we have available if you fancy making your New Years Eve party into a Hogmany. As well as our usual Black Watch and Stewart patterns we have these two plus many more tartans and checks available.