In the town of Bridport in West Dorset we have a community orchard that was begun in 2009 with the planting of 23 half standard apple trees as part of the Symondsbury Apple Project.  In February 2010 this was added to and there are now 58 fruit trees in total, including some old and rare varieties that have stood the test of time.  All the trees and the green spaces surrounding them are carefully tended by a group of local volunteers.  The Community Orchard is a public space for everyone to enjoy and lies just behind St Marys church off South Street in St Marys Field.  It regularly holds community events that have a traditional theme, often with the imbibing of good local Cider from West Milton Cider Company.  Around the 18th of January each year a custom known as a Wassail has been revived in the orchard which involves much merriment, mulled cider and hot apple juice.

Wassail gets its name from an Old English greeting “waes hael“, meaning “be well”. Said to be a Saxon custom where at the start of each year, the lord of the manor would shout ‘waes hael’ and the assembled crowd would reply ‘drinc hael‘, meaning ‘drink and be healthy’. 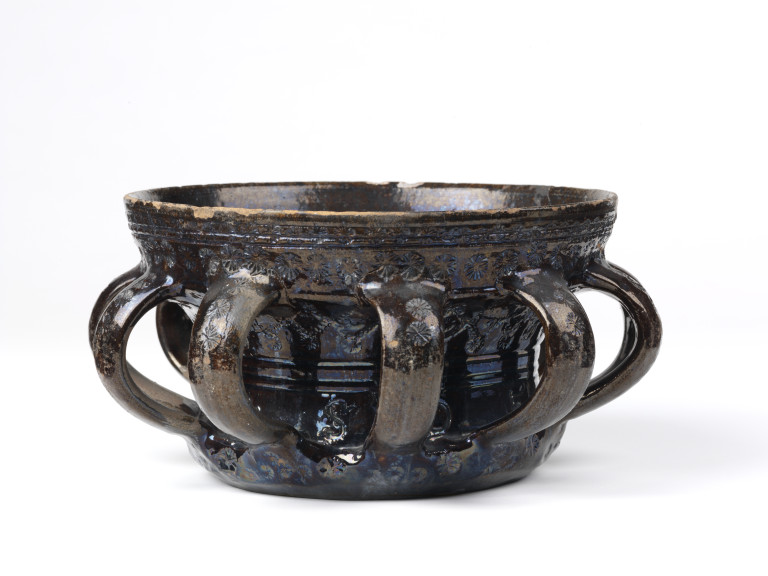 A Wassail Bowl is a great thing, a vessel of carved wood or pottery featuring many handles for shared drinking, it is passed around an orchard amidst singing and shouting and was especially popular in the cider producing counties of the Southwest, primarily Cornwall, Devon, Somerset and Dorset.

Wassailing is a traditional ceremony where in the depths of winter, apple tress are sung to and blessed on the eve of twelfth night in anticipation of a heavy yield the following autumn.  It normally takes place at night where a Wassail king or queen will lead a procession around the orchard singing loudly and making much noise.  The king or queen is then lifted into a tree where he or she will hang toast from the wassail bowl that has been soaked in a hot brew of mead, ale, honey and spices of cinnamon, ginger and roasted crab apples from the previous years crop.  The assembled crowd will then shout, yell and bang pans and a shotgun is usually fired into the trees to frighten away evil spirits that would otherwise spoil the crop.  The king or queen will then go to the oldest tree in the orchard which harbours the oldest spirit and pour some of the mead around the base of the tree as an offering of respect.  The fertility of the entire orchard is said to reside in this spirit, known as the Apple Tree Man in Somerset.  It is then customary to sing the wassail song:

How well the May bloom, how well the May bear, so we may have apples and cider next year
Hats full, caps full,
Three bushel bags full, and little heaps under the stairs
Hip Hip……HURRAH!

The Carhampton Wssail, one of the oldest in the country

In Bridport, our own local troupe of morris dancers will be entertaining the crowds at the Bridport Wassail on Sunday the 21st January from 3pm onwards with traditional folk music and morris dancing with sticks and hankies.  Livingstone Textiles are proud to supply Wyld Morris with the bells, ribbons and tatter coat fabrics required for their kit.

Wyld Morris are based at Monkton Wyld Court at the sustainable living community to which they contribute towards funding in return for a practice space in their beautiful pine hall on Wednesday evenings.

This site uses Akismet to reduce spam. Learn how your comment data is processed.